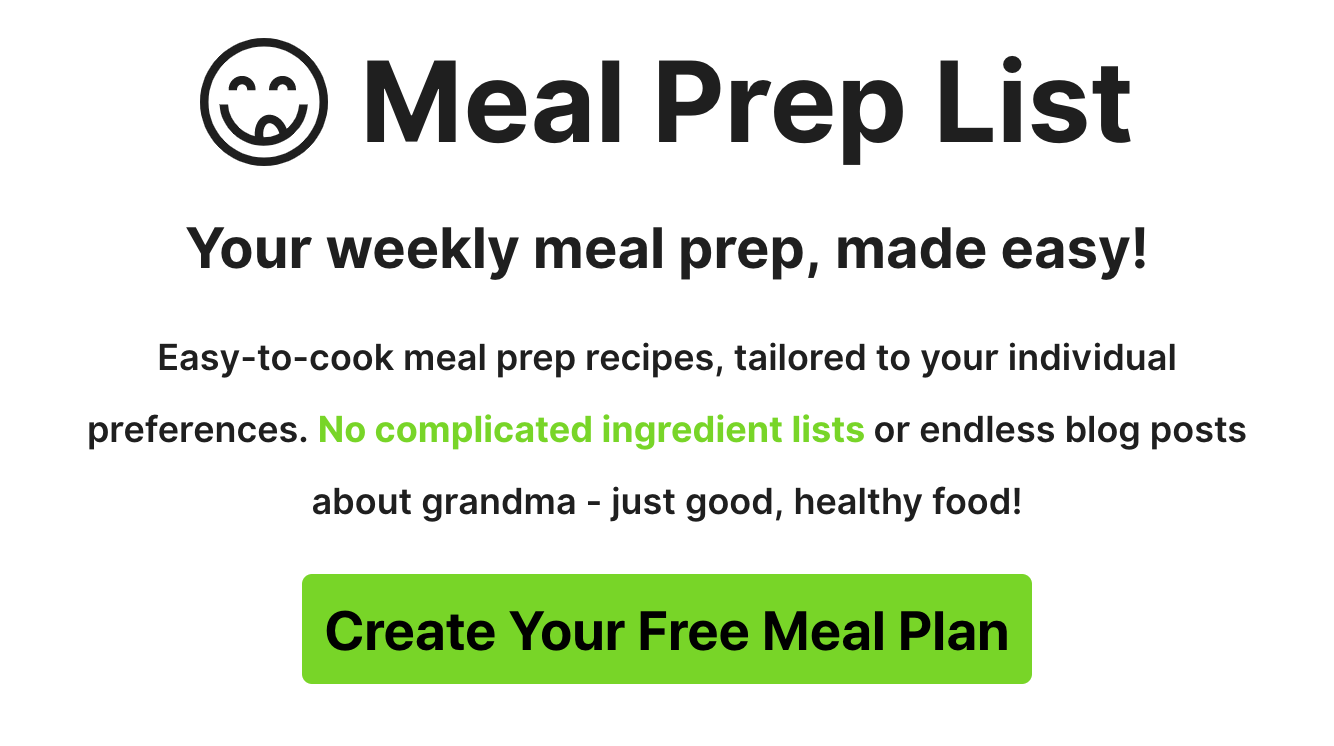 Meal prepping is the practice of preparing multiple meals at once and either freezing them or keeping them in the fridge to eat over the upcoming days. There is an active community on reddit (r/MealPrepSunday/) and various blogs online. 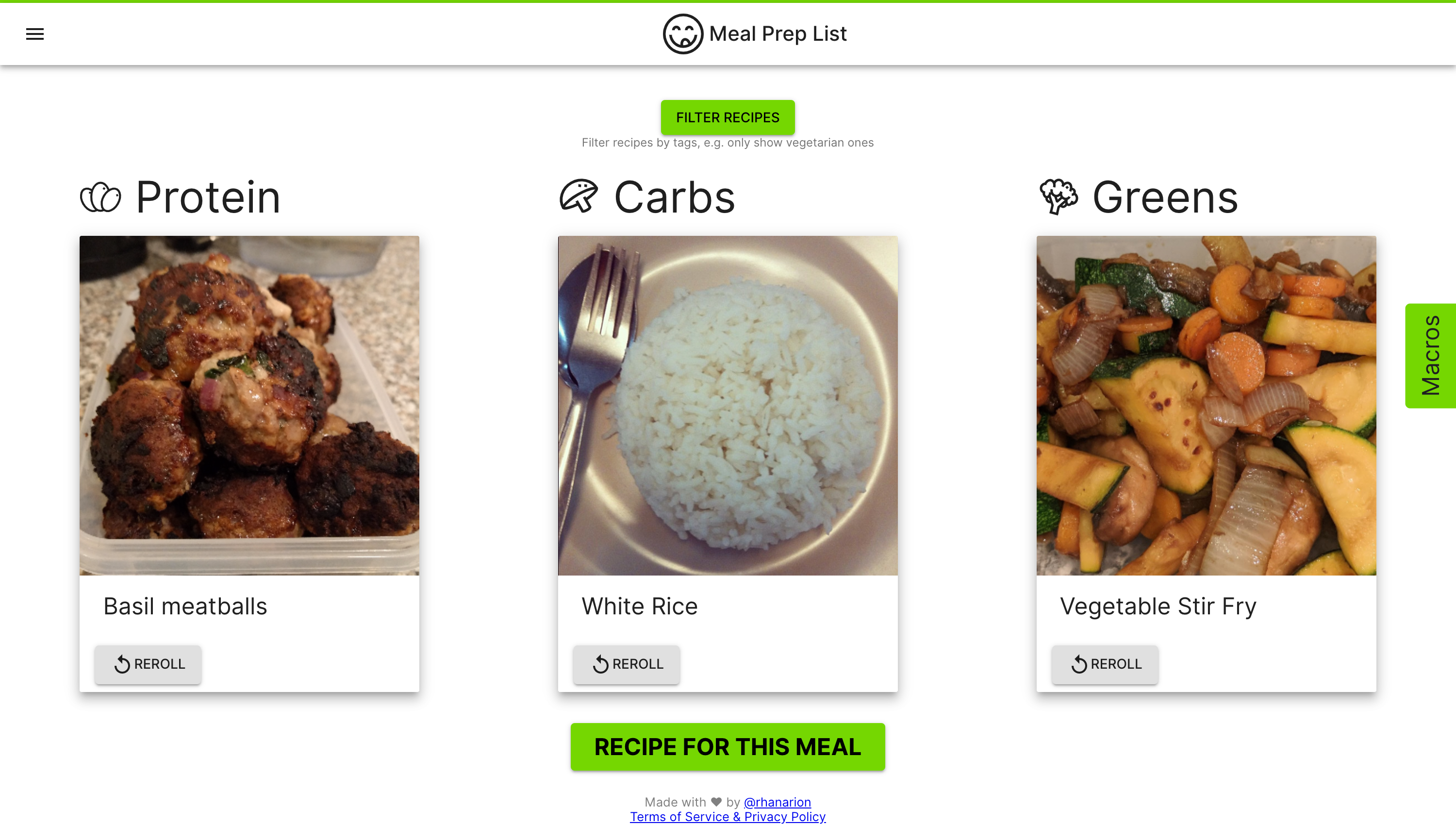 Often mealprep containers are separated in three sections for a carb source, a protein source and vegetables.

With mealpreplist I wanted to save my own, simple meal components for each of these sections and allow myself an easy way of combining them to a meal to prepare.

Because I felt easy filtering of recipes and various other functions might have worth for other people to I decided to built the product with user accounts and the ability to pay for a premium account with additional features. 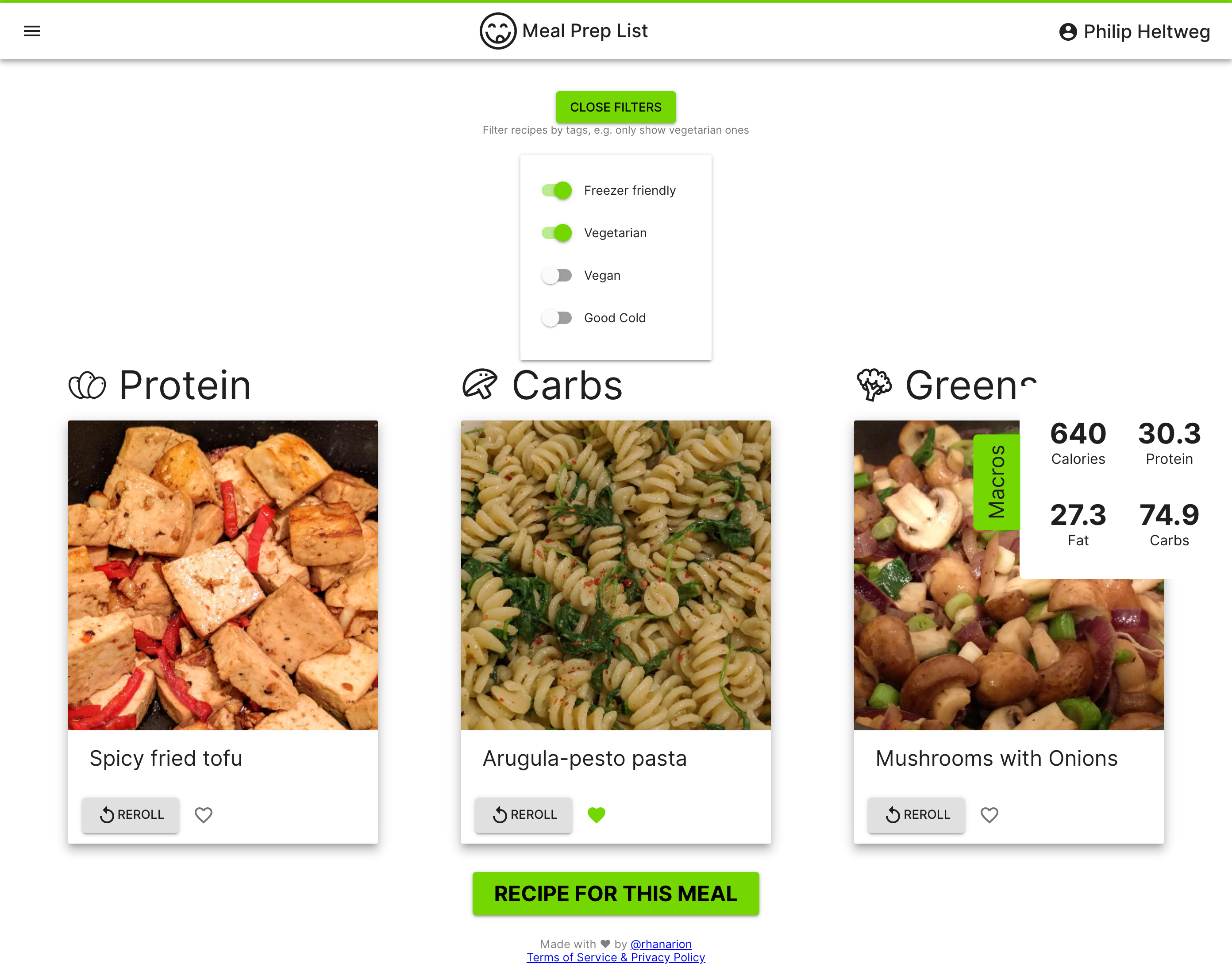 With mealpreplist I wanted to allow users to submit their own recipes, rate and comment on them as well as buy premium accounts for additional functionality with Stripe. All of this would normally mean a fairly complex backend but by relying on Google’s firebase I was able to implement everything without my own servers. 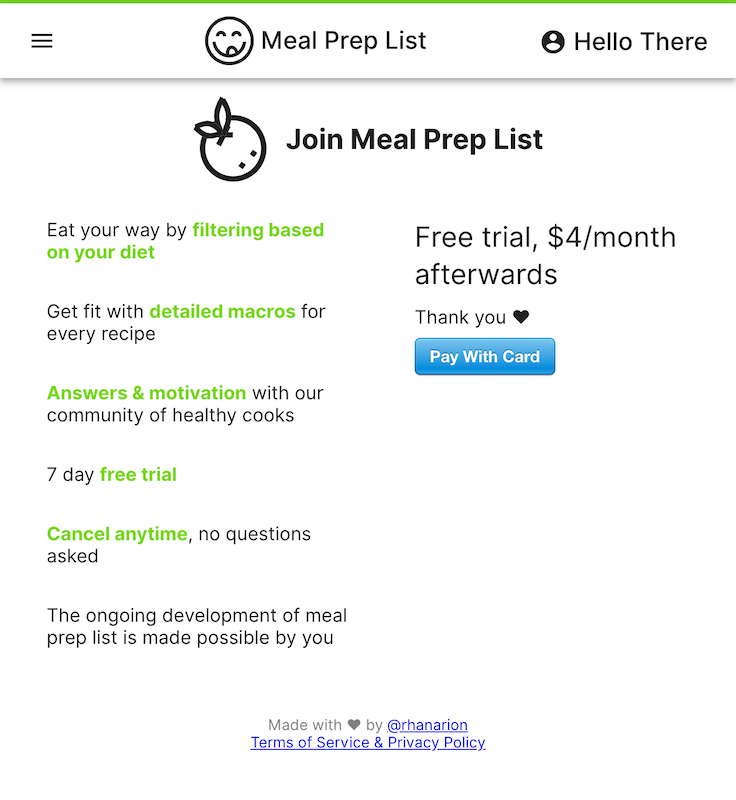 Mealpreplist was my personal project to get experience in React development so the frontend is written in React using Typescript. During development I built the UI with react material ui though I later switched to some custom built components. 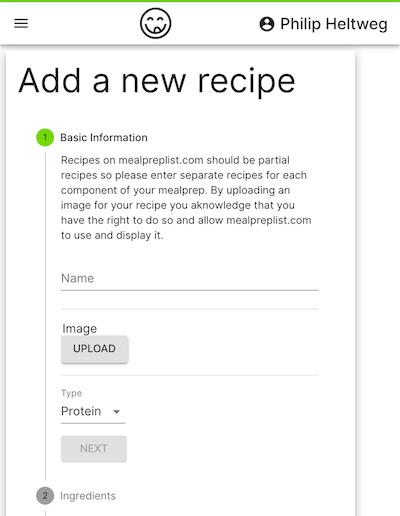 The data flow is based on redux using react-redux and redux-saga for data loading and other side effects like analytics tracking.

I made sure to make the app mobile friendly from the start, relying on flexbox to shrink and expand the display depending on screen size and media queries to hide not needed information on smaller screens. 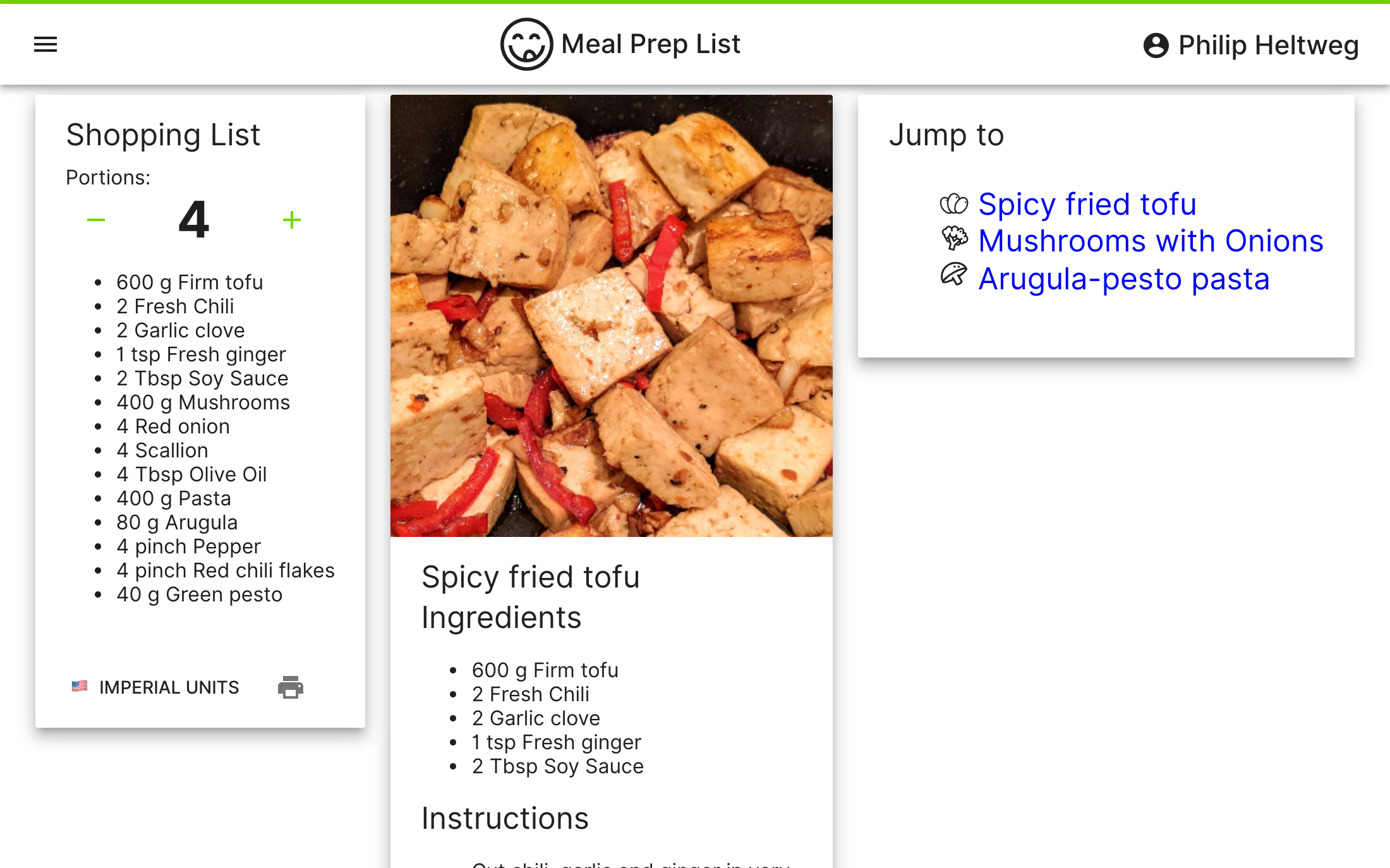 CI runs on gitlab, building every commit and allowing me to have an automated deploy to Firebase hosting.

For marketing I relied on building an email list using mailchimp and posting to the appropriate subreddit. The feedback was very good and the spike in visitors allowed me to gather a lot of email list subscribers but converted incredibly poorly (only one subscription from 6000 visitors). 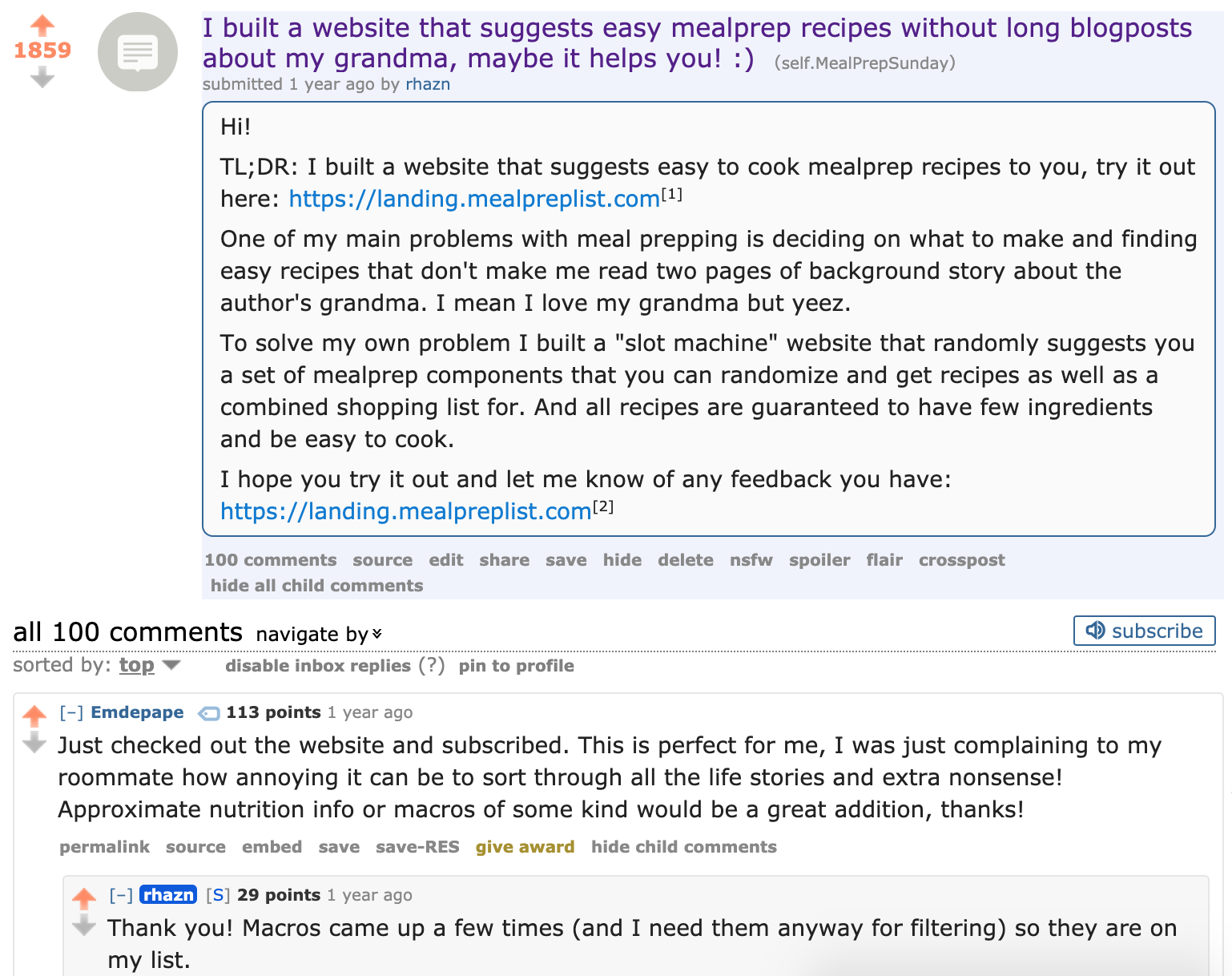 I kept up sending out regular email updates about development (mostly regarding feature requests from the reddit feedback) during the time spend on the project but never saw any improvement in subscriptions or visitor numbers. 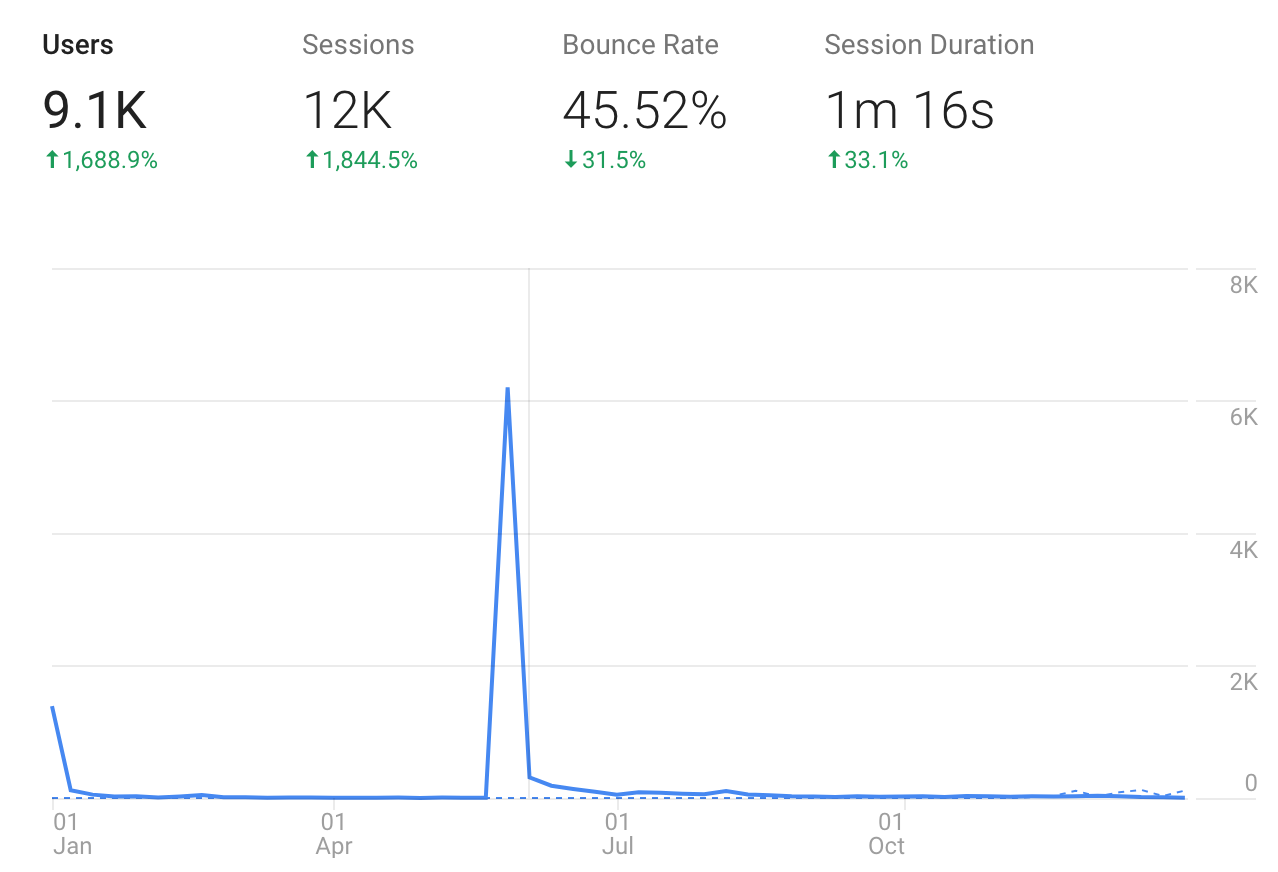 Without any continued marketing mealpreplist still gets a low number of regular visitors that use it for the recipes.

I mainly built mealpreplist to save recipes for myself and to learn React and I am happy with the outcome for both. I learned a lot about the kind of products I want to build from it (e.g. I don’t want to be in a business were I need to create a lot of content myself) and I also cemented what I learned from Whatchr regarding being more sure about the concrete value proposition of a product before trying to sell it.